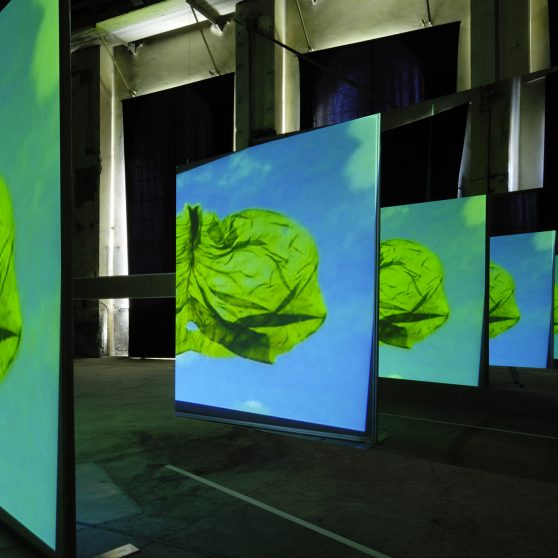 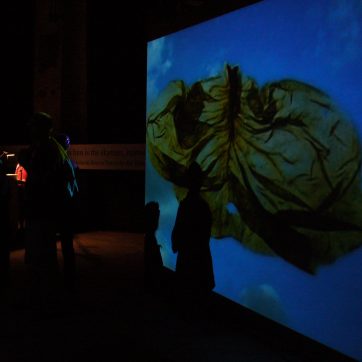 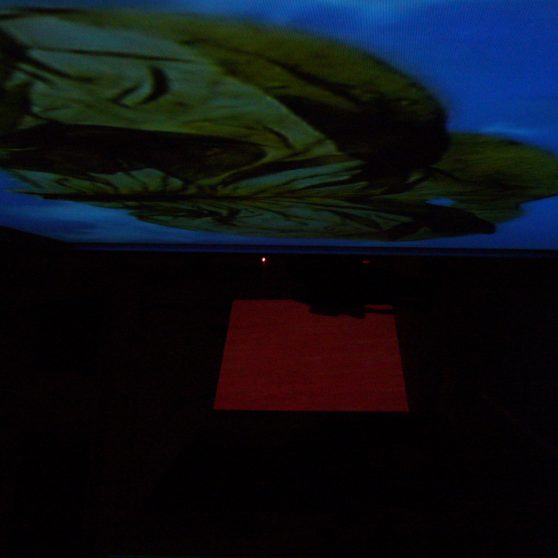 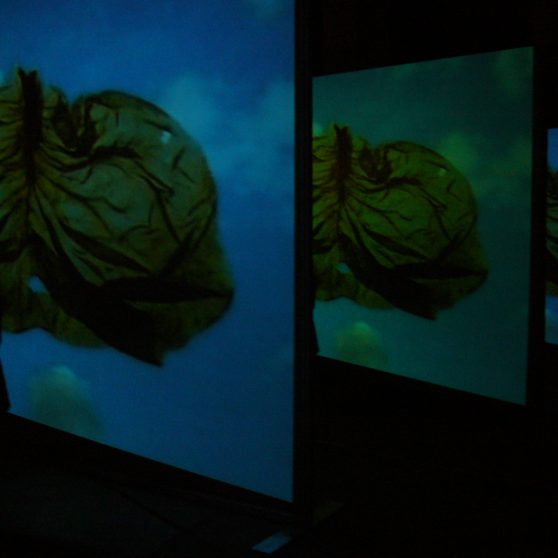 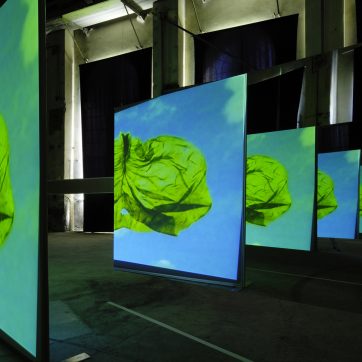 “At the height of technological performances the irresistible impression remains that something has escaped us – not because we have lost it (the real?), but because we are no longer capable of seeing it: because it is not we who triumph over the world, but the world over us.”

Global warming is not only a result of human failure, but also depends on uncontrollable factors such as a change in solar radiation, increased volcanism and ocean currents. Vis-à-vis media-induced panic, climate hysteria, the threat of a rise in sea levels, as well as artists spectacularly setting up climate catastrophe camps, the artist Teres Wydler in her project “N.I.C.E. Nature In Corrosive Ecstasy©“ takes up the position of a media-expanded concept of nature, which studies the dimensions of a hypernature in the artistic concept of biosphere parks. Evolutionary biology, eco systems, gene manipulation, meteorological and seismographic data make up the source material of the five installations conceived for the project “N.I.C.E. Nature In Corrosive Ecstasy©“. Teres Wydler thematizes the interactions between biotechnology, thermodynamics, life science and art production just as much as she does between the poles of cultural and medial construction, artificial nature and climatic, biological cycles. The instrumentalisation of nature is a further link to mathematics and informatics and their really-existing and virtually-simulated algorithmic structures. By means of her artistic engagement with an expanded concept of nature, Teres Wydler sends the message that aesthetic regimens in art are obsolete and that the concept of art is undergoing a transition from a medium-specific to a generic one. Early in the 1980s Teres Wydler had already employed the interdisciplinary model of an ‘alter’ modernity by linking artistic and cultural practices with the natural sciences and theoretical media studies, as in her projects “Plantagen Automat”, “New Nature Series”, “Culture Fucks Nature v.v.” and “Botanically (-) Correct Series”.  With her strategy of an expanded concept of nature, Teres Wydler takes up a position within the discourse that was driven in the 1990s, above all, by artists such as Olafur Eliasson, Christa Sommerer & Laurent Mignonneau and Diana Thater. Her way of going about questioning the difference between nature and culture is correspondingly demystifying.  Syntope, the relevant term here, was what Ernst Pöppel called the creative impulse for overcoming partial cultures and the boundary between science and art.

The perception and observation of nature as a multimedia event, as simulation and as a rhetorical concept ending in a hypernature becomes a theme that enters the project “N.I.C.E. Nature In Corrosive Ecstasy©” by means of video and sound installations, mediatized picture worlds, light and mirror reflections, as well as of semantic interventions. In the video installation “Blatt/Spiegel” (leaf/mirror), a hyper lettuce leaf hovers in front of a passing cloud formation. A collision of symbolic deformations and sign systems occurs that leads on to a hybrid crash of the pictorial aesthetics. By means of this overlapping of nature’s authoritarian meteorological performance of a cloud and weather formation with controlled mutated nature, Teres Wydler simultaneously succeeds in a visualization of movement encountering standstill. The looped projection of the video is reflected onto two non-parallel mounted mirror facades, where their curvature triggers an endless duplication, a “coiffeur effect”. This duplicating effect and a simultaneous visualization generate a hyperreality whose mutations of natural images result in a hypernature.

On the occasion of the project “Nature In Corrosive Ecstasy©“, not only perceptual models are played through, but questions concerning the media’s representation of nature and the reconstruction of optical and physical phenomena. Visually, Teres Wydler addresses a reality, a referent, a signifier, while the artistic reception of manipulated and uncontrollable nature is transformed by her artistic intervention. Teres Wydler’s virtual approach to the object is passed through a filter of simulation so as to relativize the media-induced shift in its dominance. Carrying this over to the exhibition display of “N.I.C.E. Nature In Corrosive Ecstasy©”, we could speak of a “Baudrillardic virtuality” that is encompassed in Teres Wydler’s installations. Today virtuality means triggering intermedial activities. Simulations are produced via technically sophisticated multimedia apparatuses, mirrors and light reflectors. Jean Baudrillard had already renounced the interpretation of the concept of simultaneity  as being the opposite of the real. “Illusion” is also not simply understood as “irreality” or “non-reality” in the installation “Blatt/Spiegel”, but more as a game with realities. It is, at the same time, a defiance of the “real” – the attempt quite simply to put the real in a nutshell. In Baudrillard’s sense, the real here is not the opposite of simulation, but a special case of the same.

The boundaries of Teres Wydler’s noted aesthetic positions in their self-differentiating fields are permeable in the installation “Red Rain” to the architecture of a cube, on the one hand, and a dematerialized environment on the other. What appears to be a kind of anthology of special effects is an allusion to meteorological cycles. In Michelangelo Antonioni’s cult movie “The Red Desert” (1965), a woman runs against walls. In Teres Wydler’s “N.I.C.E. Nature In Corrosive Ecstasy©” the walls are video screens that form a cube with projections of pattering-down rain, whose aggressive red color depicts a concrete brutality and reactivates the impulse of a menacing climate catastrophe. Teres Wydler disassociates herself from biochemical production myths. Honed to a theses, we could say that the relation to nature in this project is even essential for the institutional critique that Teres Wydler practices. The cube is an experience both phenomenological and hyperreal in that it can be observed from the outside and entered on the inside. The way that we experience nature is influenced strongly by representations and iconographies. The impact of eco systems via an accelerated scientific-technical development conflicts with our longing for the primal, for beauty and an experience of nature, which is offered a haven in biosphere parks. The reduction of nature to the concept of environment is an induction that sees man as an autonomous subject vis-à-vis nature and no longer part of it. As a consequence of the destruction of nature, an artificial nature is increasingly being produced. In the case of Teres Wydler’s installation “Red Rain”, this artificial nature already shows traces of destruction, without hereby forfeiting any beauty. The conceptuality of nature and art is transformed into an altered standard of comparison. And it is exactly this transformed concept of nature that Teres Wydler makes her own with the term hypernature.

Alone in the title of the project “N.I.C.E. Nature In Corrosive Ecstasy©”, Teres Wydler strategically applies the vocabulary of the media and advertising, which have proved to be the dominant language of the present, and claims a copyright for it. But, as another realization of “N.I.C.E. Nature In Corrosive Ecstasy©” shows, Teres Wydler has stepped back the better to deliver a counterstroke in decoding the logo. In “N.I.C.E. Nature In Corrosive Ecstasy©”, the destructive ecstasy factor is taken up, the loss of control is connoted emotionally and Teres Wydler’s conceptual language experiments are made visible. Wydler’s concept of ecstasy here goes along with Peter Sloterdijk’s definition of ecstasy as surrender to the monstrous and highlights the destructive factor.

The expansion of art into the field of the natural sciences has meant opening up new terrain for art. Rosalind E. Krauss coined the phrase “sculpture in an expanded field” for those artworks in which the topography of the site was integrated into the sculptural field. This method can, in analogy, be carried over to Teres Wydler’s model of an expanded concept of nature. The terms of hypernature, in juxtaposition with hyperreality and transmediality, fit in well with the ongoing project of “N.I.C.E. Nature In Corrosive Ecstasy©”. Whereby this is not about the lining up, the sum or the overlap of medial means; the result is not a media syncretism, but aesthetically conditioned processes and strategies that trigger a suspenseful and dissonant process of articulations about an expanded concept of nature. The epistemological link between hypernature and transmediality lies in a dissolution of practices that otherwise leads to a suspension of meta-discourses and to a change in the understanding of reality and subjectivity. The strategic deployment of different media is thus not merely a formal act, but a semantic and cultural one. Behind titles like “N.I.C.E. Nature In Corrosive Ecstasy©”, along with a neo-conceptual discourse, lurks an attack on autonomous art productions. Site-specific ways of working and laboratory situations are an immanent component deployed in the post-studio praxis of Teres Wydler’s projects, even in earlier ones such as “Culture Fucks Nature v.v.”, “DNY-Deo”, “Artifice in Nature/Nature in Artifice” or “New Landscape Series”. Teres Wydler operates a game of extremes in her video installation “Mikro Makro” by setting up a broad spectrum of our medial perception of nature, that of a weather satellite picture, opposite a microscopic, electronic view of the nucleus of a human cell. The sources for such material are Eumetsat and the Institute of Retroviruses at Zurich University. An audio installation, whose soundtrack reproduces an earthquake, encompasses the room as a deep, acoustic resonance. According to Hal Foster we are directly linked with each other through the spectacle of catastrophes and wars broadcast over the media, while being geopolitically very far apart. The soundtracks of the earthquake in “N.I.C.E. Nature in Corrosive Ecstasy©” operate like critically analytical sensors that test the spatial parameters as regards their acoustic resonance. A longing for a performative language modus as an attack against the fixation of meaning is expressed in the 7 meter-long text: “…earthy man is composite. Within him is the skyman, immortal and beautiful. Without is nature, mortal and destructible. Thus, suffering is the result of the immortal man’s falling in love with his shadow and giving up reality to dwell in the darkness of illusion…” Even the affect is not the emotional state of a primary experience, but an imitation, a spoor, a relic, awakened to life through repetition.

The precise analyses that Teres Wydler carried out do not result in a classification of scientific criteria, but address an instinct for self-preservation that is accompanied by an idiosyncratic impulse of desire. Within the category of simulation, whose emergence has long been observable and is carried over into nature, the separation between reality and fiction becomes obsolete. The category of simulation subsequently represses the reality that is understood and experienced as authentic and that is traditionally still depicted in signs, while the reality of simulations, “hyperreality”, is raised to the determinant construction model of reality. The concept of hypernature that Teres Wydler has taken up is triggered by simulations whose generation of the real functions by means of multimedial artistic settings. 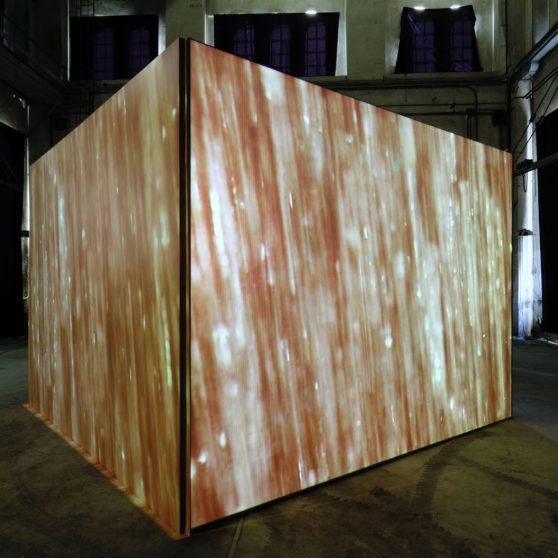 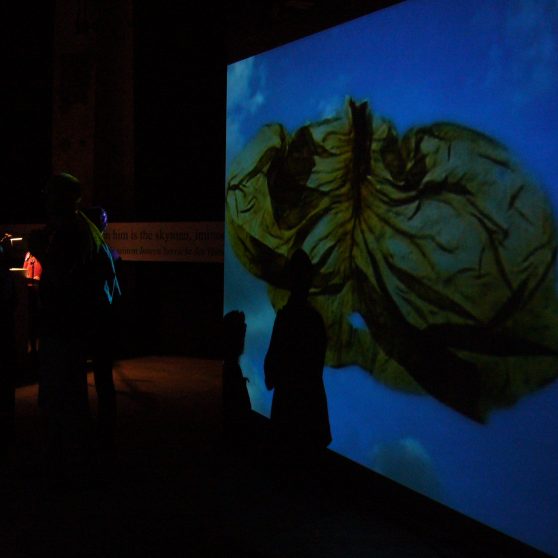 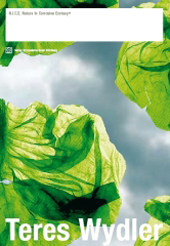