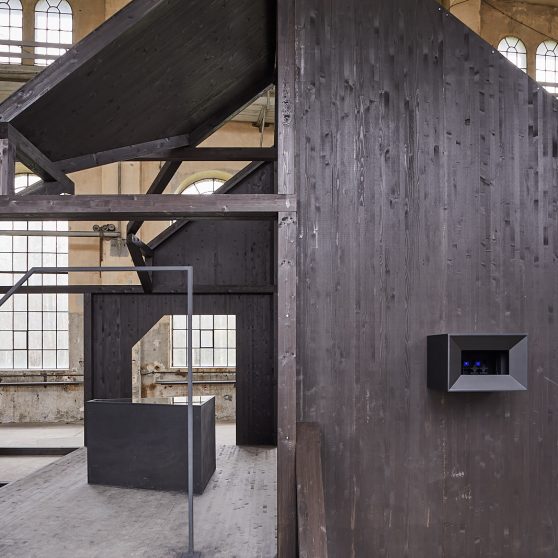 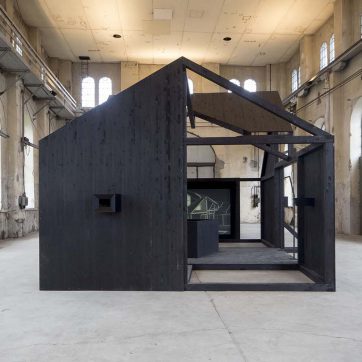 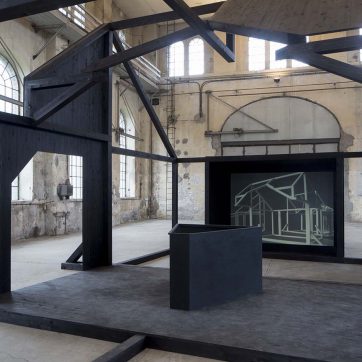 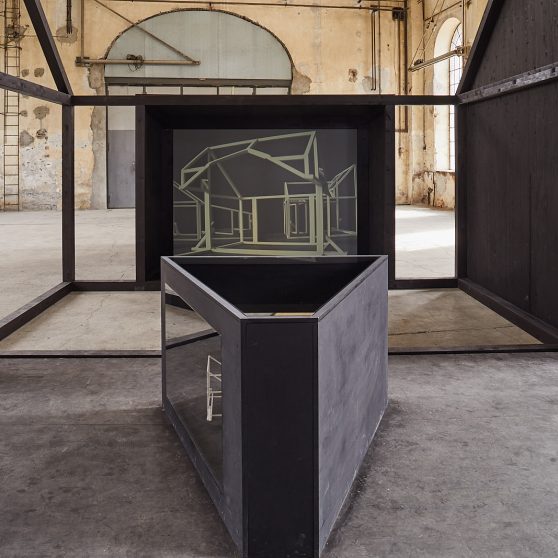 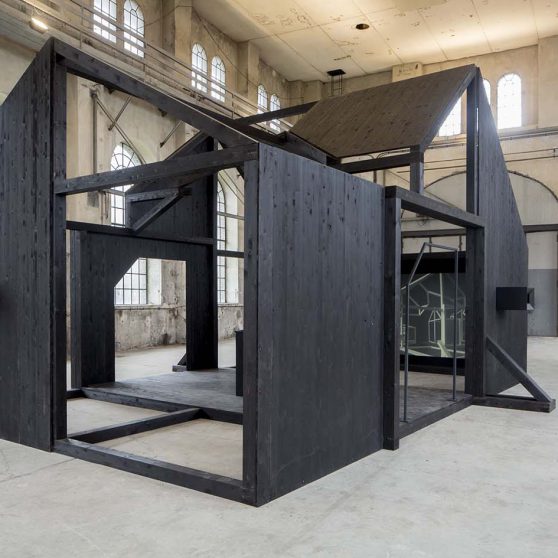 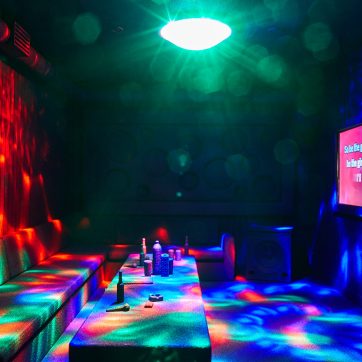 Bernd Oppl’s artistic fields of action are architectural spatial models, photographs, video installations, transfer models and screens that combine to form complex systems which inspire and question, analyse and deceive our perception. With the help of camera and video, we are able to have new visual experiences and to gain changed perspectives that we would not experience with the unaided eye. Bernd Oppl makes use of these means and reaches surprising horizons of experience and impressive images through sensitively controlled and interlocking settings. In his installations, illusion and reality coalesce into a conglomerate that challenges the viewer and illustrates the possibilities and effects of a digitally shaped present.

‘In my work I track the question of what spaces we move in: in foreign and self-created, in real and virtual architectures, in outer and inner, in physical and mental spaces. By what social changes and technologies these spaces are formed and influenced. When new shapes of space appear or disappear from our lives. Usually, spaces are containers for life situations. Life takes place in spaces. In my objects and installations, the spaces themselves become protagonists and begin to tell themselves what happens or does not happen in them.

For Kunstraum Dornbirn I set up an architectural installation, based on the now defunct first commercial film studio of William K. L. Dickson, called ‘Black Maria’. This film studio prototype is architecture and apparatus at the same time: a building made for the film camera, a first black box for imaging and recording, wrapped in artificial darkness. This space allows the staging of illusionary spaces for the medium of film. The architectural setting in the hall of the Kunstraum reproduces this early media space. My version of ‘Black Maria’ is a fragmented, schematic translation of the historical model. Some walls and elements are only hinted at and seem like wireframe images produced by 3D graphics software. The ruin-like exterior affords insights into the interior of the indicated film studio. At the same time, the view remains open for the place in which this construction is located: the Kunstraum. The exhibition room is immersed in a subtle sonic atmosphere. The music by Andreas Kurz, composed especially for this work, is the soundtrack of the film that is shown inside the architecture. The film is a real-time generated video realised by an apparatus located in the middle of the room. On the video screen the skeleton of the ‘Black Maria’ appears again; floating in white in a black room, the film studio revolves around itself. In the interior of the trapezoidal apparatus that produces these images, the form of the ‘Black Maria’ appears in miniature form.

Like an echo, the ‘Black Maria’ repeats itself and leads from the big to the small, from the real to the cinematic image. Across from this apparatus, on the black walls of the interior of the ‘Black Maria’, are cubes. These objects are miniaturized dioramas, produced by 3D printing, which lead the viewer into various scenes. For example, in one of these cubes is the scene of an internet café; the monitors of the Internet café show the screensaver animation of a starry sky. Another scene leads into a karaoke bar, where the flickering disco light scans the empty space while the lines of James Blake’s song ‘Retrograde’ pass by on the monitor. The different scenes evoke associations that lead from one exhibition space to the next. The installation in the Kunstraum stages an interplay of micro and macro worlds.’ [1]

[1] Bernd Oppl, statement about the exhibition at Kunstraum Dornbirn, March 2019 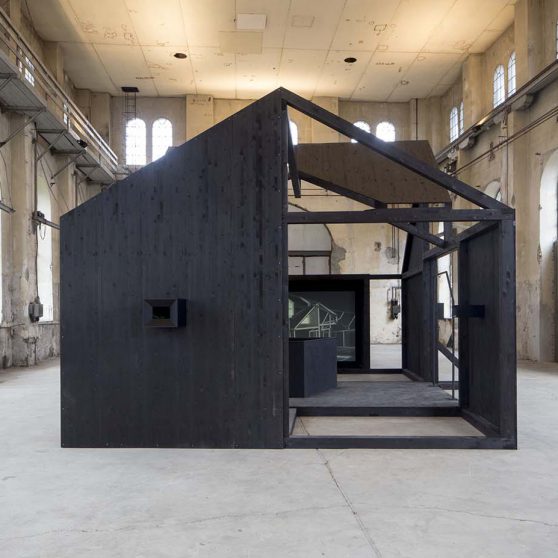 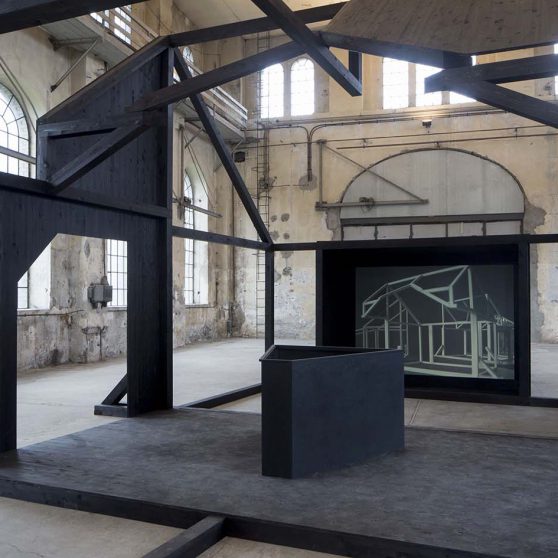