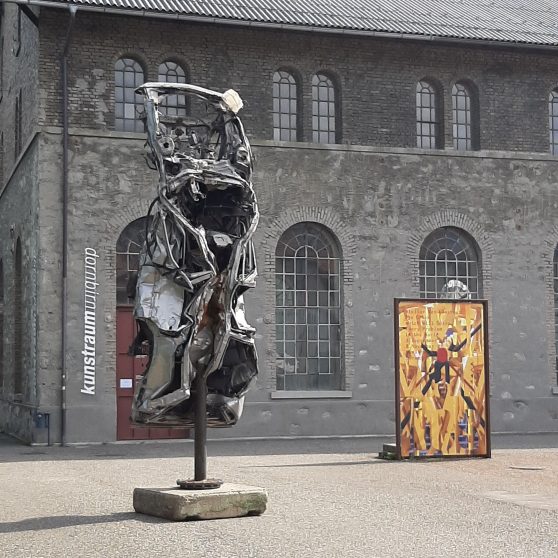 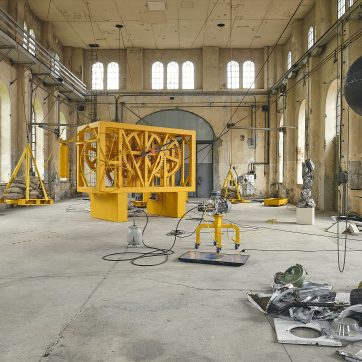 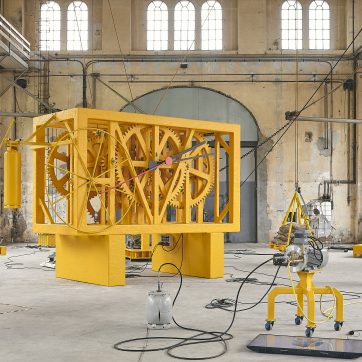 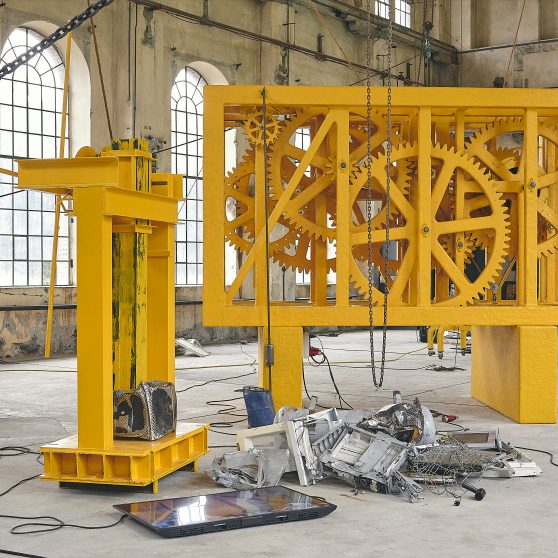 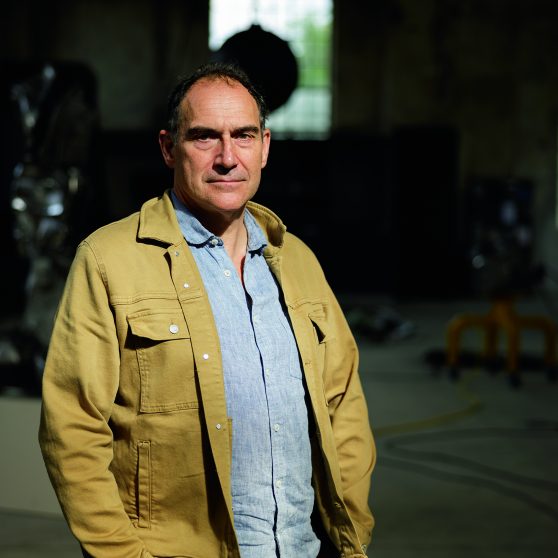 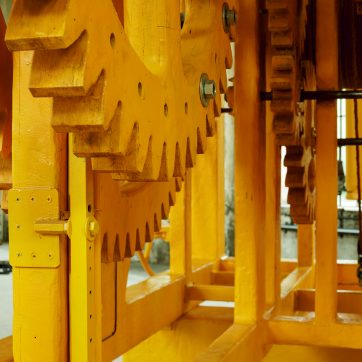 The Clock which will Solve Every Problem in the World

Atelier Van Lieshout works in the disciplines of installation, sculpture, architecture and happenings. Its interdisciplinary practice consists in dismantling and redefining systems in social, political and economic contexts, and in the human body. The boundaries between art, design and architecture are thereby constantly being crossed and the intersections between function and fiction, destruction and creation explored. The centre of the show at Kunstraum Dornbirn is the monumental work Pendulum, an oversized, ticking mechanical clock that reflects the irrevocable passage of time and thus our own lifetimes. In direct connection with it, other machine-like works perform their labour of change and destruction at time intervals triggered by Pendulum’s activity. These processes are installed in several accompanying videos in the exhibition space.

Joep Van Lieshout founded Atelier Van Lieshout in 1995 and has been working exclusively under this name since then. In 2001 Atelier Van Lieshout declared its workshops and factory buildings in the Rotterdam harbour area to be a free and independent state, known as the “Ville”. The aim of this effort of independence was to achieve maximum freedom, a minimum of regulation, and the highest possible degree of self-sufficiency – not through utopian manifestos but through realistic economic strategies. Realization of the dream of an autonomous, self-sufficient place, with mobile residential units, a farm, a medical centre, a canteen, a brewery, a sausage factory and an arms factory, was possible only for a few months. The project, which saw itself as a “provocative counter-proposal to state rule and monopoly”, fell afoul of the authorities and was summarily shut down.

Closure of the “Ville” by the state left its mark on the subsequent work of Atelier Van Lieshout. While issues such as freedom and autonomy had been central before, later works were indirectly influenced by the dictate of restrictive social systems.

“Against this background, Atelier Van Lieshout developed the work groups The Disciplinator and The Technocrat in 2003 and 2005. The Disciplinator is a cage-like construction made of steel and wood, in which 72 occupants work, sleep, eat and are subject to a harsh schedule designed for the sole purpose of producing sawdust from four tree trunks.

The given resources (there are only 36 files and 24 beds) impose compulsory work processes and a shift operation devised to process the tree trunks around the clock. Atelier van Lieshout deliberately wants these work groups to be seen as foils and complements to its previous work, which was determined by the freely chosen and self-organized division of labour before this was prevented by the state. Immanent in the works are also issues of global constraints, the quality of craftsmanship and labour law minimum standards brought about by industrialized work processes without social security.” [1]

The work of Atelier Van Lieshout combines aesthetics and ethics with entrepreneurship. The artist dissects systems, experiments, searches for alternatives and defines exhibitions as experiments that have repeatedly influenced alternative and innovative energy concepts and forms of everyday life.

Joep Van Lieshout’s immense creative urge has resulted in countless large-scale artistic projects in recent years, whose titles indicate their conceptual approaches: Waiting for the Barbarians, Manufactuur, The New Tribal Labyrinth Series, Slave City. The sculptures and installations created in these series are reminiscent of machines, workshops, complete designs of utopian cityscapes. They address the artist’s vision of an alternative world order and are at the same time a critical-cynical commentary on our capitalist economic order, whose ultimate goal is the maximization of profits. 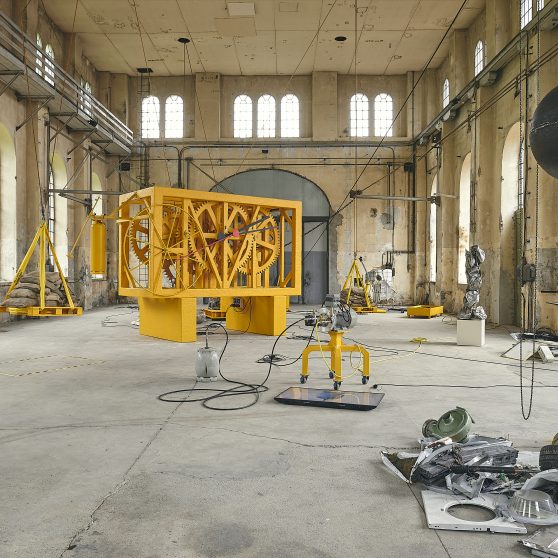 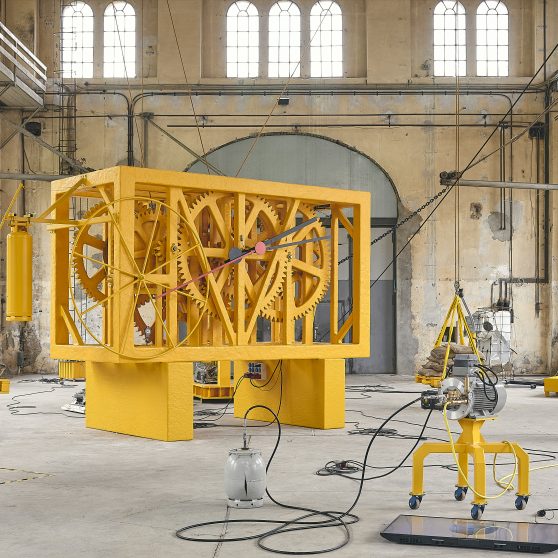 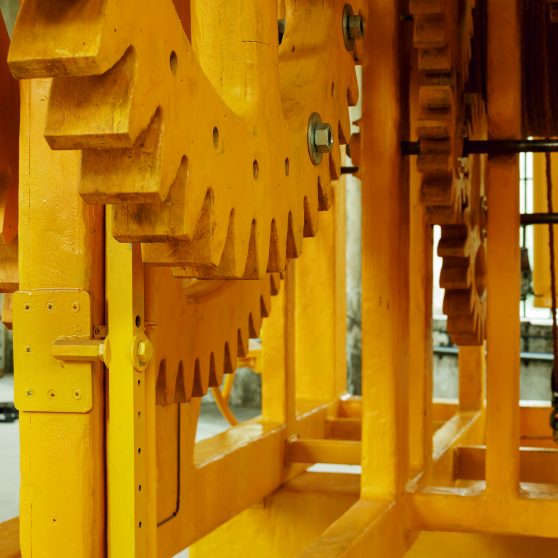 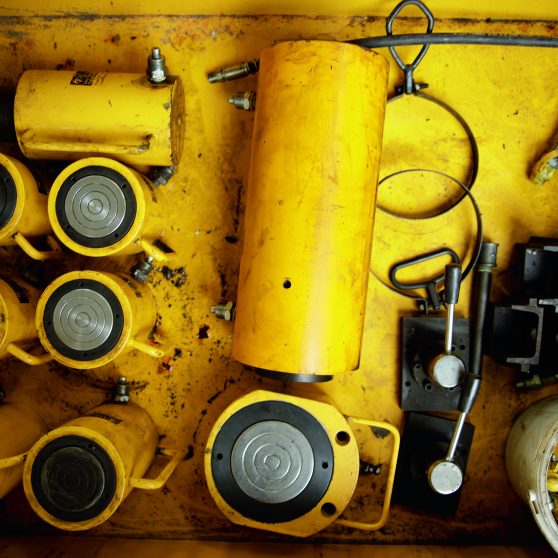 The Clock Which Will Solve Every Problem in the World 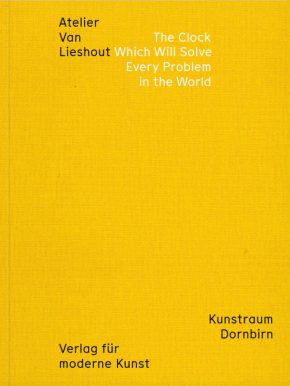