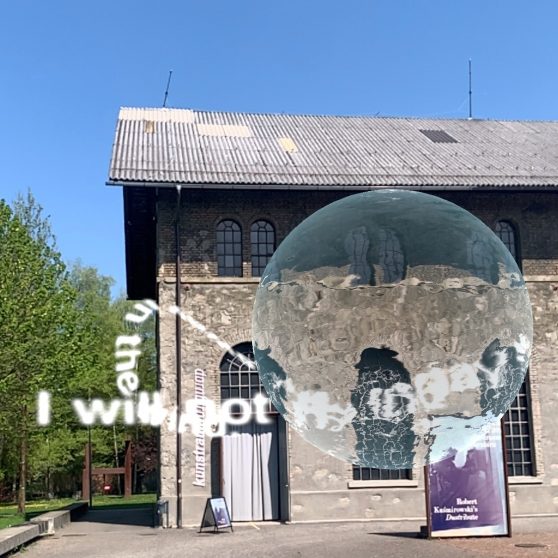 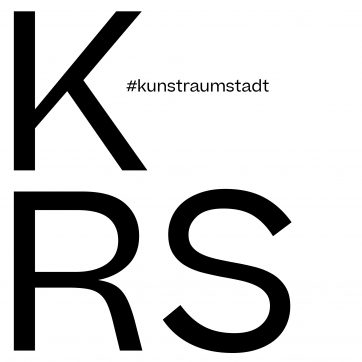 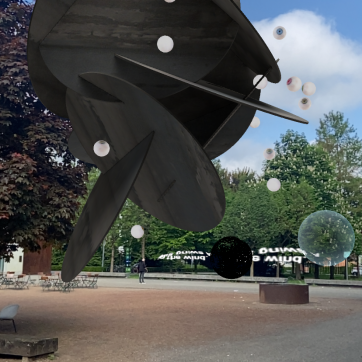 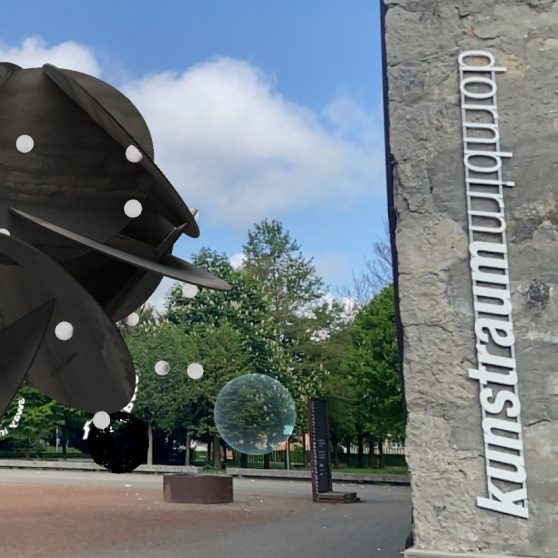 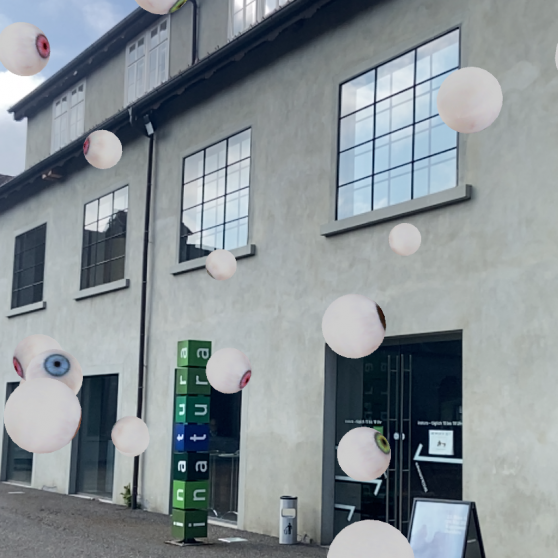 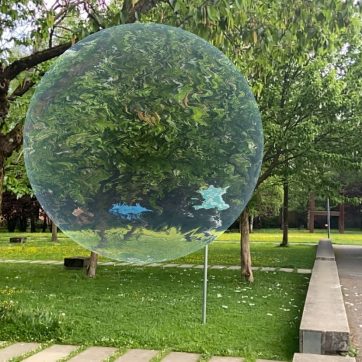 In the Kunstraum Dornbirn programme, Kunst Raum Stadt stands for art in public space. Our commitment in this area consists in the preservation, promotion and realization of permanent and temporary sculptural works in urban space. In 2021, we could extend the real space exhibition with a digital exhibition format: by means of augmented reality (AR), visitors were able to discover works by the Austrian artist Erwin Wurm in selected places in the city of Dornbirn.

After the successful premiere of the augmented reality project 2021 with digital works by Erwin Wurm, we are pleased to continue this new virtual exhibition format within the framework of “Kunst Raum Stadt” with works by the Austrian media and object artist Eva Schlegel. Beginning in May 2022, visitors will be able to use the free Wikar app to move around the city independently and, at selected locations in Dornbirn’s city centre, scan publicly positioned QR codes to call up the artist’s digital works on their own smartphones, take photos, and share them online.

The work of media and object artist Eva Schlegel focuses on the concept of space, immateriality and the relationship between image and language. For almost four decades, she has been using various techniques to investigate what surrounds us: space, the relationship between people and architecture, and the limits and laws of human perception. The concept of space cannot be confined to the respective architectural or urban conditions. Schlegel’s investigations integrally incorporate the spatial atmosphere and our diverse sensory receptive possibilities. For the augmented reality project in 2020, Schlegel expanded this examination for the first time to include a virtual medium.

Valerie Messini and Damjan Minovski of 2MVD, both trained architects, are concerned with the connection between built architecture and digital art and the new technologies for a virtual expansion of our experienced and lived world. The translation of Schlegel’s sculptural approach into a digital medium takes place in close collaboration between the two architects and Schlegel. The interdisciplinary production brings together experience and knowledge from the fine arts on one hand and architecture and research into new technologies on the other. It brings forth genuine works of digital sculpture, which are integrated in various forms and shapes into public space and make it a constitutive part of the works.

Digital spatial experiences can occur via an omnipresent tool, the smartphone. With the free Wikar app, passers-by can scan one or more of the publicly positioned QR codes. On the screen of the device, Schlegel’s fluid or spinning spherical objects, sculptures and flying lettering seem to appear in the Stadtgarten, at the Marktplatz, the CampusVäre or above the Rhine Valley with a view from the Karren, and can thus be experienced, documented and shared.

Her installations and works positioned in public space are temporary forms of action and experience, immaterial phenomena of space and time. The spheres, lettering and shapes seem like fantastic apparitions in our urban reality. They move, fly through space and seem to offer a view through the mobile phone screen into another reality – into a parallel sphere that obeys its own rules of space, time and gravity. The virtual experience suspends our usual patterns of perception and allows us to experience the familiar urban space in a new way.

Eva Schlegel was born in 1960 in Hall, Tyrol, and lives and works in Vienna. Her works have been presented in numerous solo and group exhibitions worldwide; she represented Austria at the Venice Biennale in 1995 and was in charge of the Austrian contribution there as a commissioner in 2011. From 1997 to 2006 she was a professor at the Vienna Academy of Fine Arts.

For more information (in German), please refer to the following link: kunstraumdornbirn.at/krs 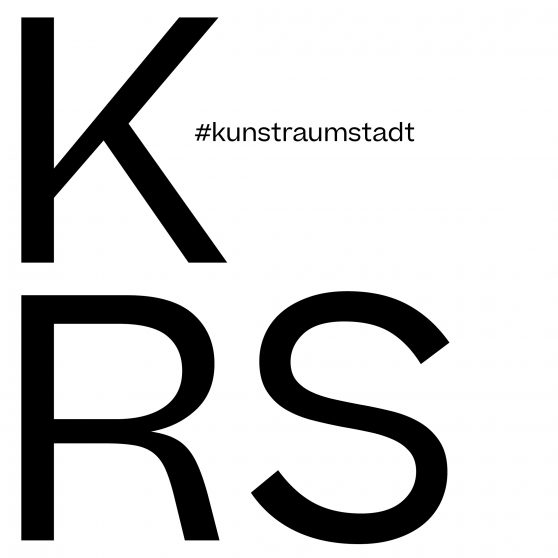 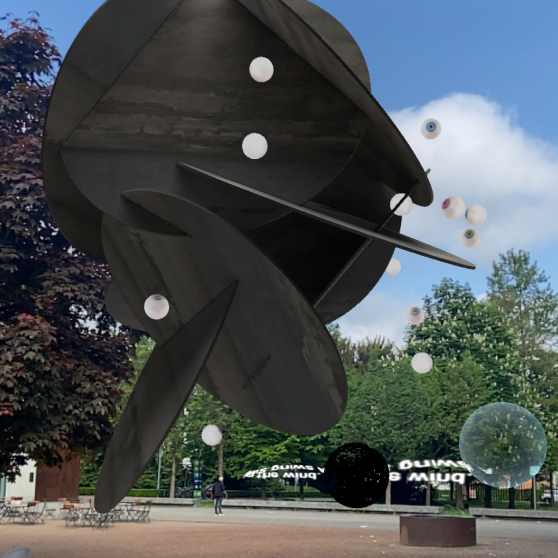 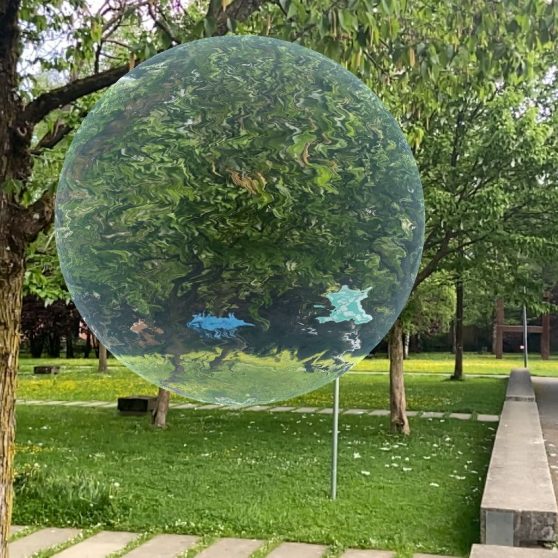 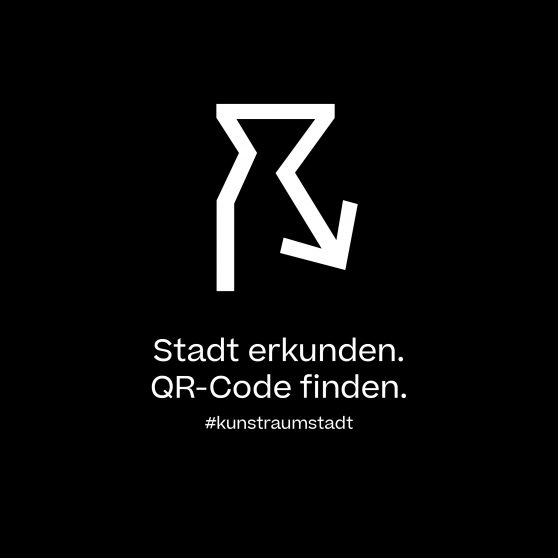 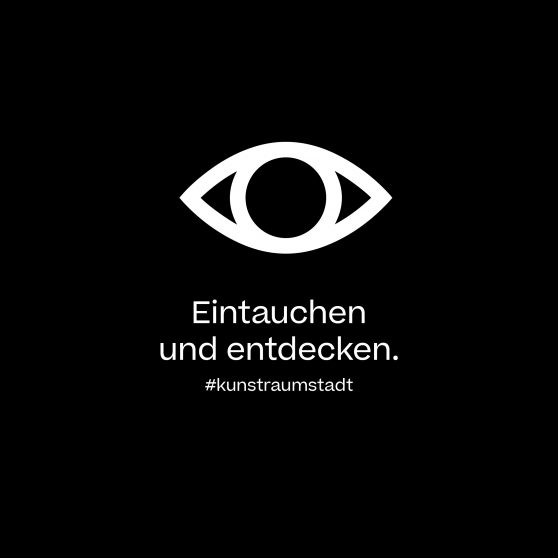 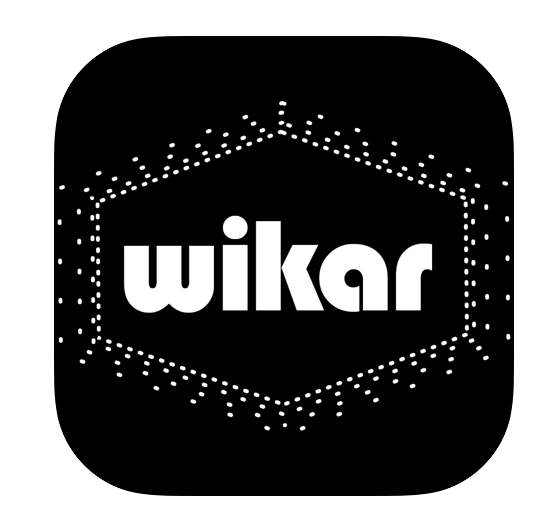 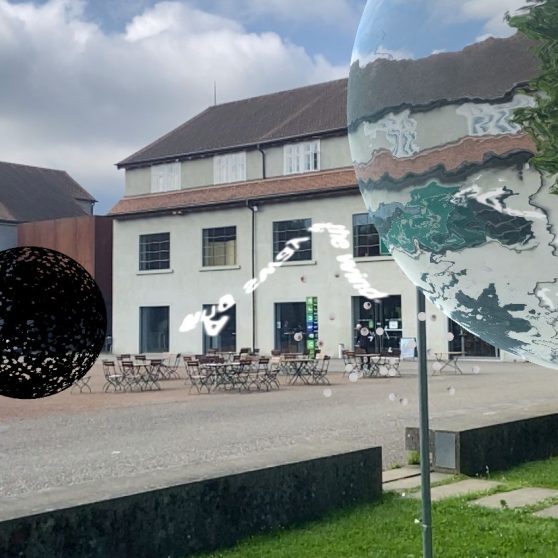 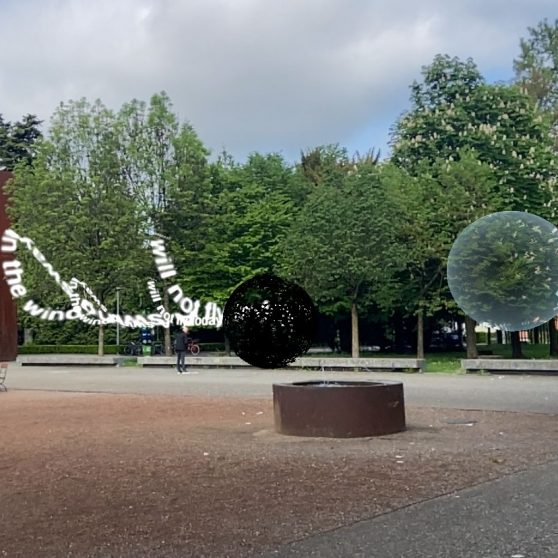 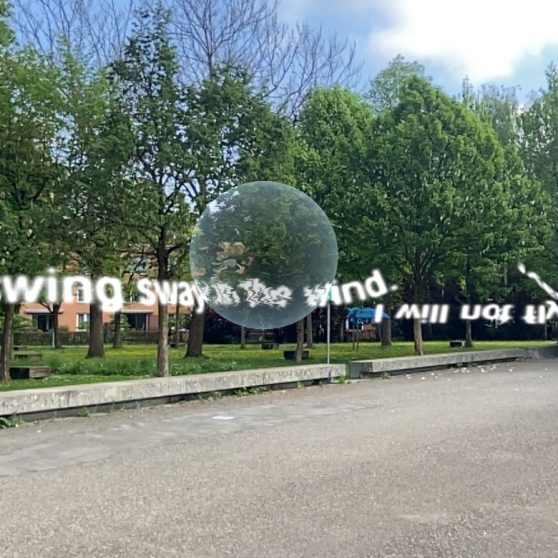