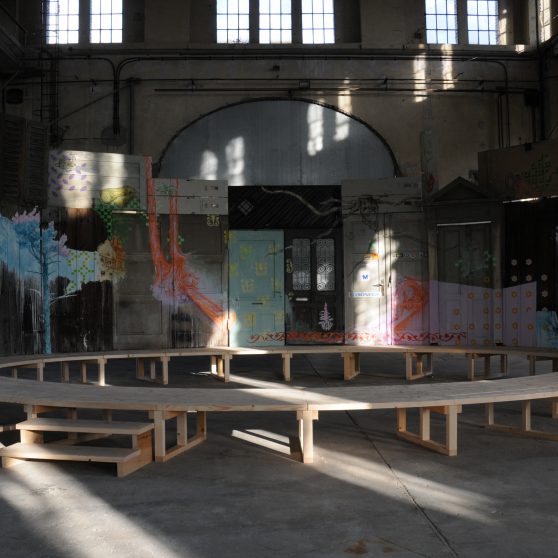 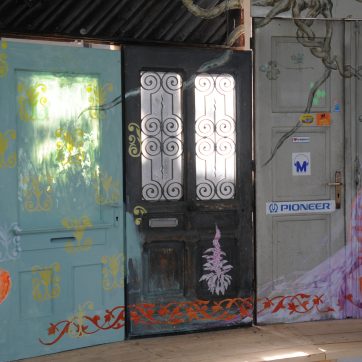 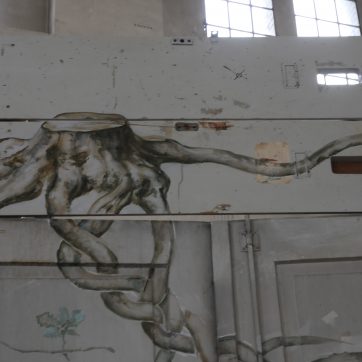 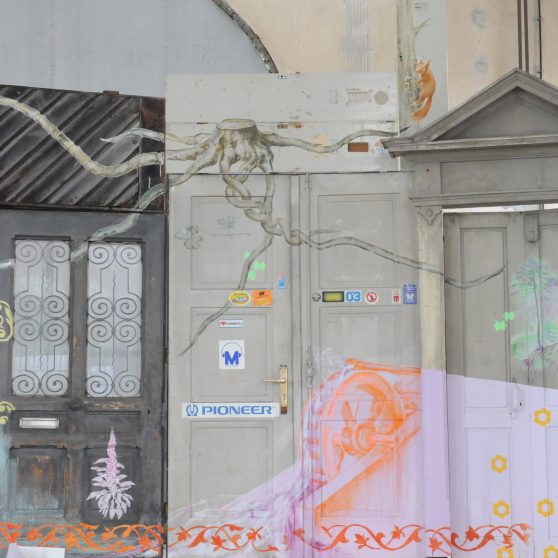 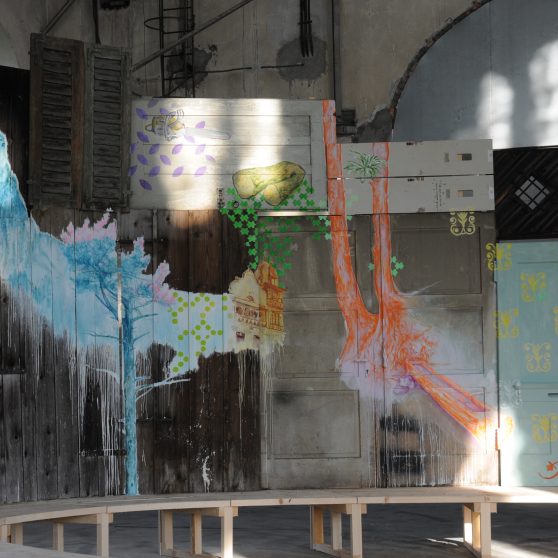 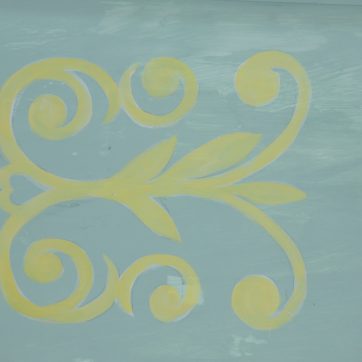 Originally an invention for surveying and mapping the land in the 18th century, the panorama quickly became an expansive, yet two dimensional media in the art scene. Since its beginning, a panorama was always accompanied by fascination from viewers, as it made it possible to perceive themselves as part of the view. This idea was taken up by Fides Becker for his work, a three by 15 meters large panorama, in the Kunstraum Dornbirn. The surrounding environment served as his motive and was painted on doors and wall fragments on-site.

Beside the theme of the acquisition of nature in a cultural context, the artist also emphasizes the discourse of mechanisms of perception with her work. An important prerequisite for her approach was the realisation that man perceives the environment in fragments. Only in his mind with knowledge and experience, the impressions from outside are connected and assembled to a cohesive whole. With her work, Fides Becker moves between surface and space, inside and outside, imagination and reality, nature and culture. The various possible interpretations, which the panorama offers the viewer, confirm the thesis of the multifacetedness of reality.

Fides Becker was born in 1962 in Worms and lives and works in Frankfurt. 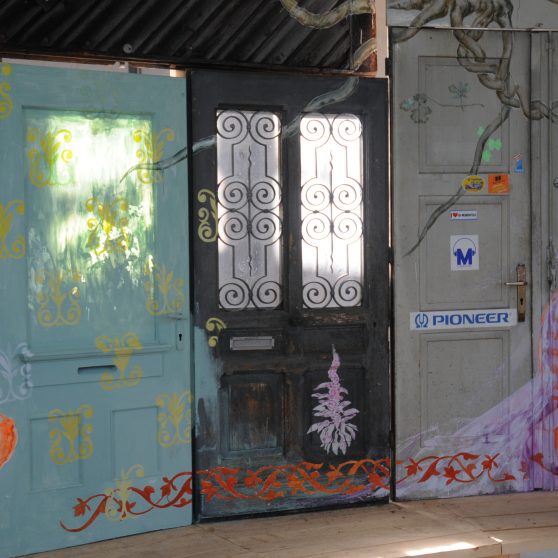 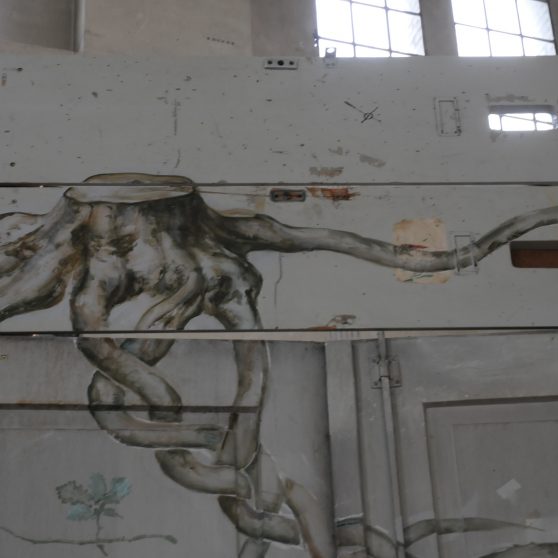 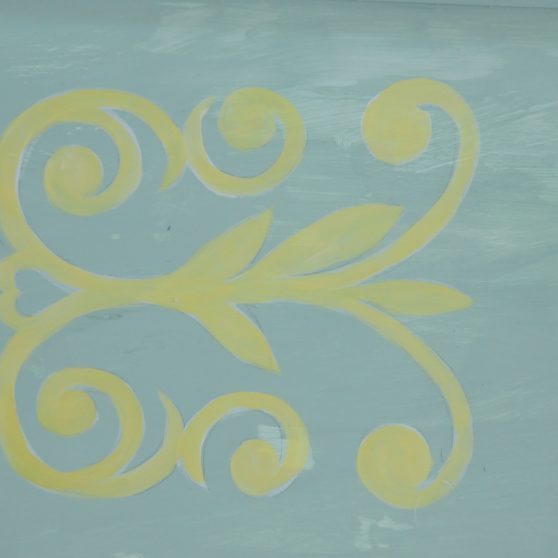 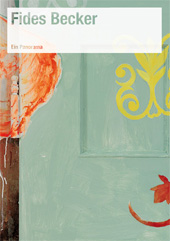